My wife and I did our first summit of Mt. Whitney.  Rather the popular “one day hike”, we did our more enjoyable “backcountry” trek.  We did it via Horseshoe Meadows, during a 4 day, 4 night trek.

We arrived to Lone Pine Sunday afternoon and got our permits. We got a pair of walk-in permits (it was easy since we were entering on a loop and less traveled route. The trail crest exit quota was plenty full for walk-ins) We left our car at the Portal and hired Whitney Shuttle to pick us up and bring us to Horseshoe Meadows. Since we knew we wouldn’t have much time on the return, we ordered a round of Burgers and a 6-pack of beer at the portal store. We packed it go to and had it for our “last supper” It was magnificent! 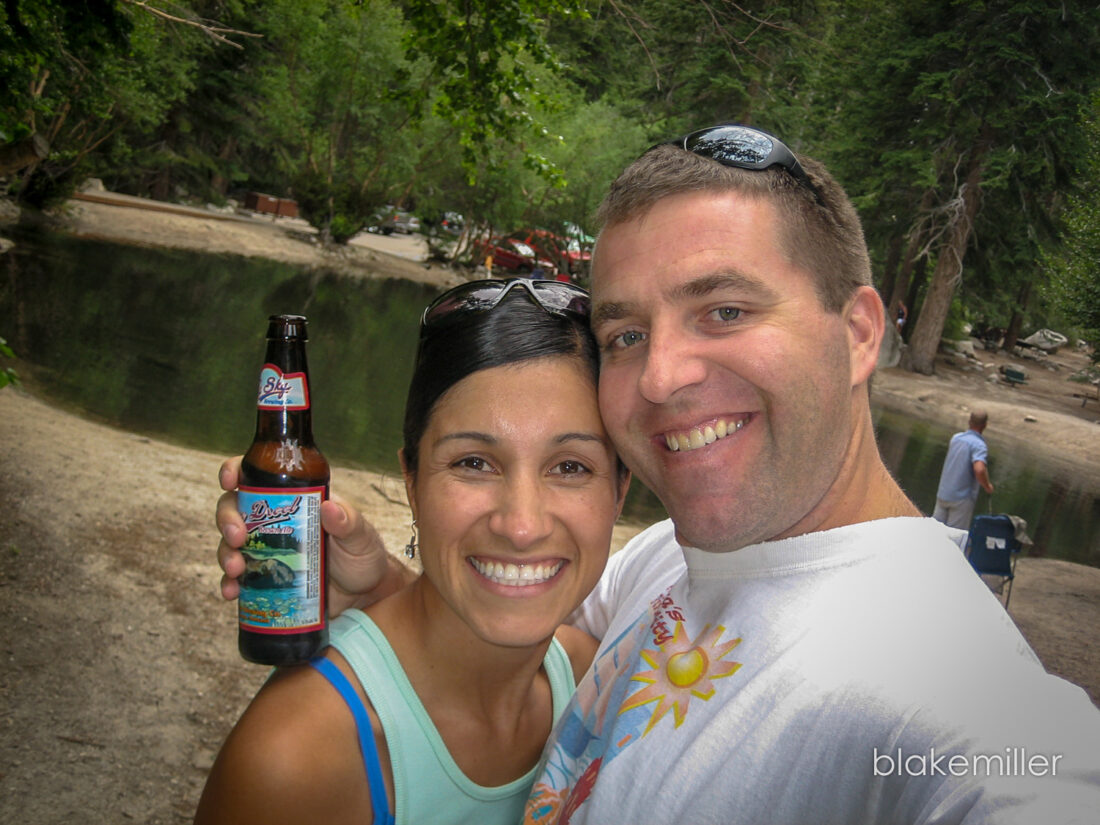 After our “last breakfast” made up of McDonalds food, OJ, milks and the like stored overnight in a cooler, we left Horseshoe Meadows at 9:30am.

We took the Cottonwood Pass route (vice New Army Pass) since we had a long day ahead of us and didn’t want to kill ourselves over Army Passes. At Siberian Pass trail junction, turned North to join Rock Creek trail and continued North to Lower Soldier Lake.

We arrived at 4:30pm to a deluge of mosquitoes . . and a thunderstorm with hail and about 1.5 hrs of decent rain. We did dinner after the storm passed. At over 10 miles with full packs, this was the longest hiked day and pretty sore.

We got on the trail again about 9am’ish. We left the trail and went up behind Lower Soldier lake an up the tarn into Mitre Basin. That is a beautiful area, just wide open with extremely scenic views all around. Continued north through the basin, parallel to Rock Creek. Made it to the southern edge of Sky Blue lake and had lunch and a good cold, foot soak.

Continued around Sky Blue towards Crabtree Pass. We got a bit sidetracked as we followed a side stream up too far northwest and hit one of the small side lakes. We realized the error and continued back northeast to the unnamed lake. The terrain is moderate, without trail and a few spots of light bouldering and a lot of rock hopping. It’s a continuous climb. We passed around Unnamed lake about 3pm and decided to continue up over Crabtree pass. There was one nice campsite at the lake, but decided to push on per our plan. We got up and over Crabtree to upper Crabtree lake and found a nice campsite at the base of some left over snow – creating some cool pics.

It was a cold, clear afternoon and night. While only 5 miles, we both felt it was one of the longest 5 miles we did . . very slow moving without trail and climbing w/ packs.

Day3 – Summit, complete with Snow, back to Trail Camp

We got an earlier start and got back on foot by 8:30am to what Richins book calls “the least desirable portion of the hike” He wasn’t kidding. Headed up “the sand” for hours, attempting to cross over the pass aside Discovery pinnacle to join the main trail. Our camp was not at the water’s edge, up 1-200 ft from water level – so we started off trying to avoid going down to the bottom and back up. We tried to skirt around the perimeter of the pass, but the bouldering and terrain was larger than thought, so lost about an hour with slow moving. Book said go to bottom of lake and just plug through the sand.

About 1/2 way up the side, the skies were darkening. It started to mist, then drizzle . .and it picked up a bit harder. The drizzle was continuing and the skies remained dark so we took some cover in a rock formation. The rain turned to hail with snow mixed in. We stayed put for about 1.5 hrs and ended up doing lunch. Fearful of getting stuck on the side, we departed out again after breaking out more clothing. The sleet/rain continued and as we neared the pass, it picked up to full blown snow. Unfortunately, we hadn’t planned on snow hiking so weren’t fully prepared with the right gear. We pushed on and finally reached the tarn about 3:30pm . . pretty damp and fairly cold. We dropped down onto the main trail and made it an actual “trail” that wife was very glad about. That was the longest 2 mile hike we’ve ever endured.

At the trail crest, we snacked and rested and within 15-20 minutes the rain and snow stopped and the skies opened up to sun. We decided to dash up to make our summit that afternoon. Everyone else was coming down and discussing the “near white out” of snow. We finally summitted at 4:30pm and with exception of a solo overnighter, we were the last to summit that day (at least we saw no one else going up as we made it back to Trail Camp)

The summit was quick as we didn’t have a lot of time, and there was another storm to the east throwing a lot of lightening. We got back to our packs, and continued down to Trail Camp arriving at 7pm.

After making our goals, we had an easy morning and departed Trail camp about 10:30 to return to the portal. It was uneventful, except still hearing chatter about the “snow storm” the night before from those coming up. We got in about 2:30 to our awaiting car. Didn’t have time for another burger, but got a beer, soaked the feet in the creek and headed back to San Diego that afternoon evening.

It was an awesome trip! I’d do the region again, a different route. 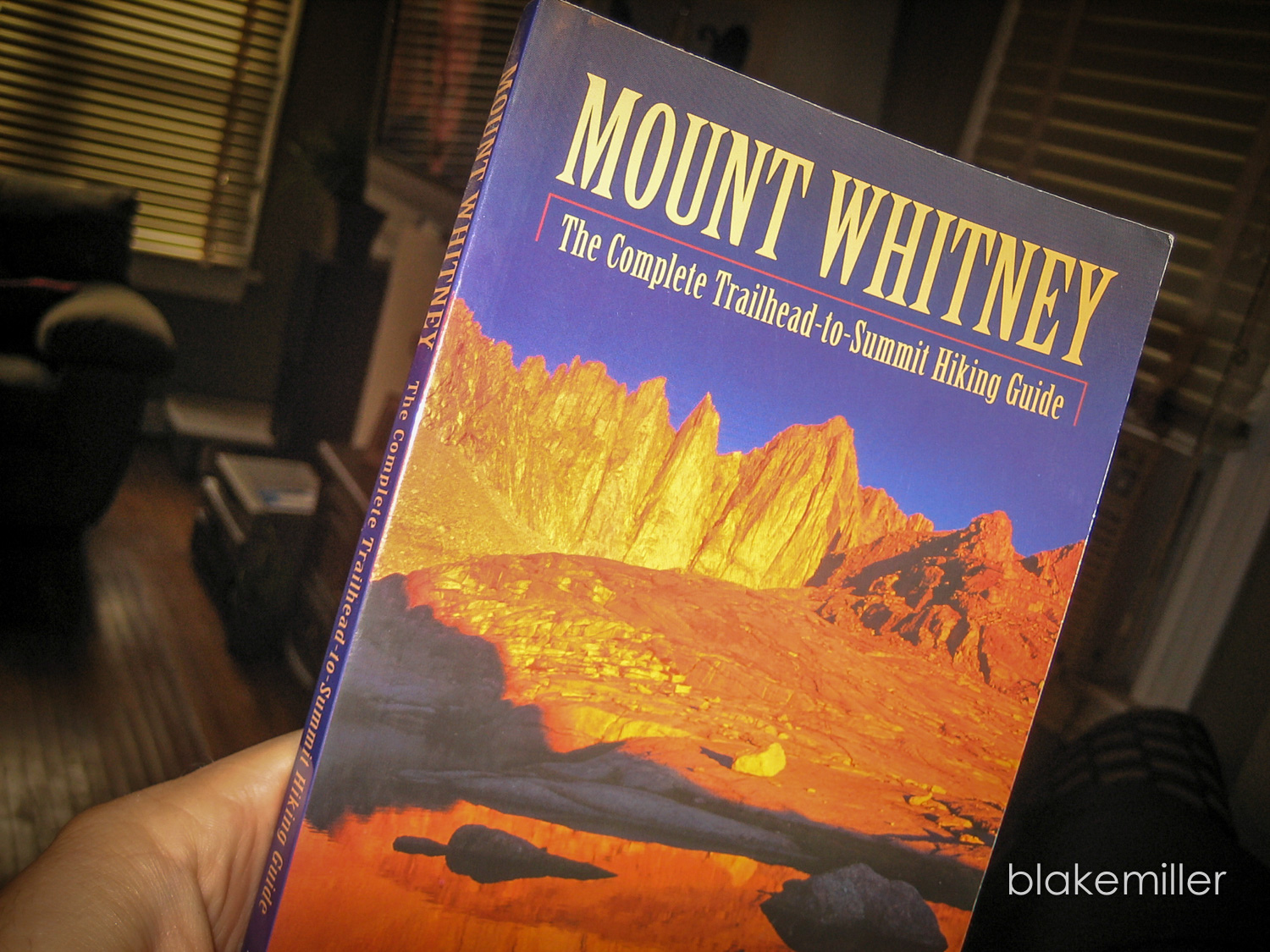 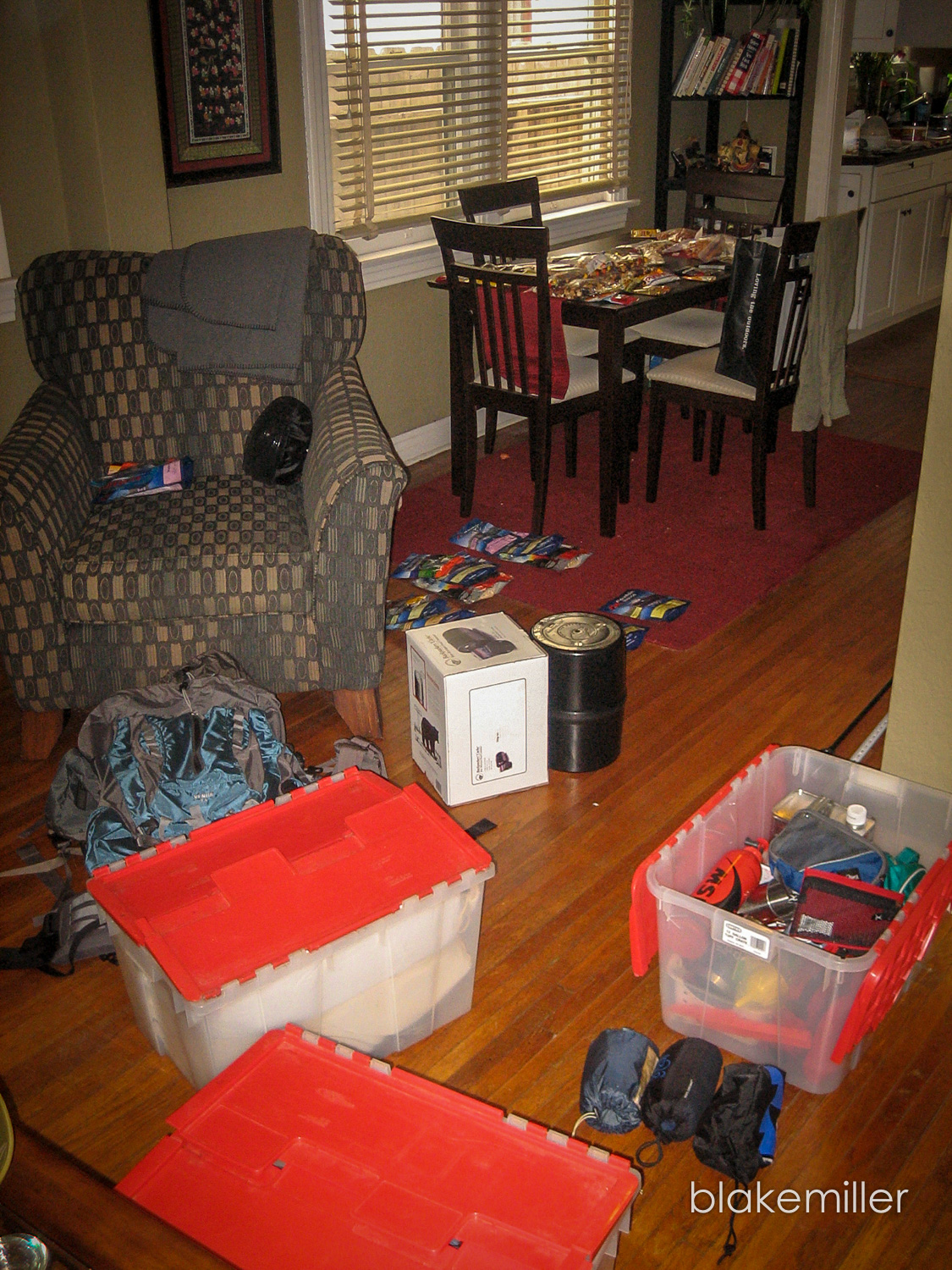 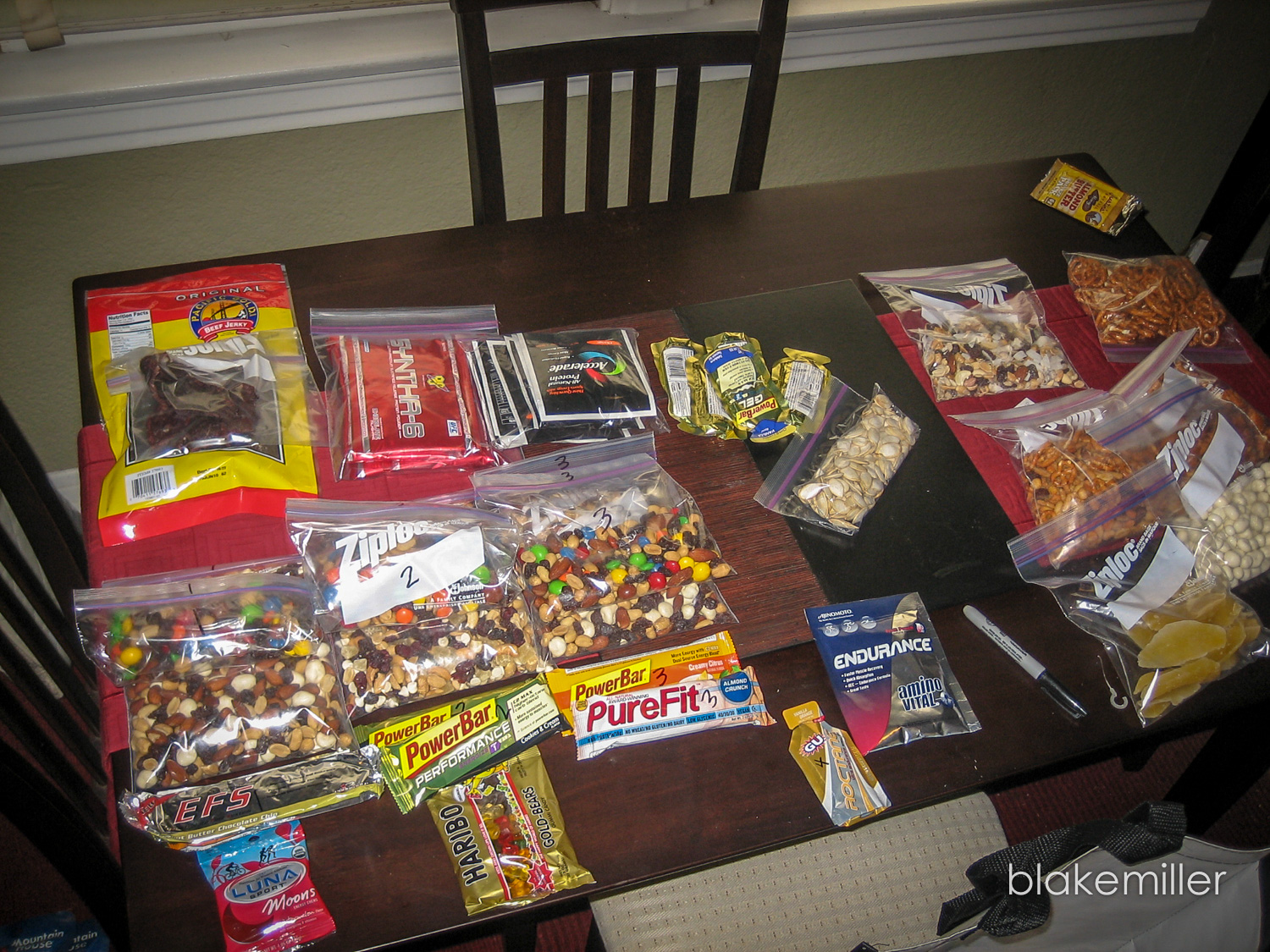 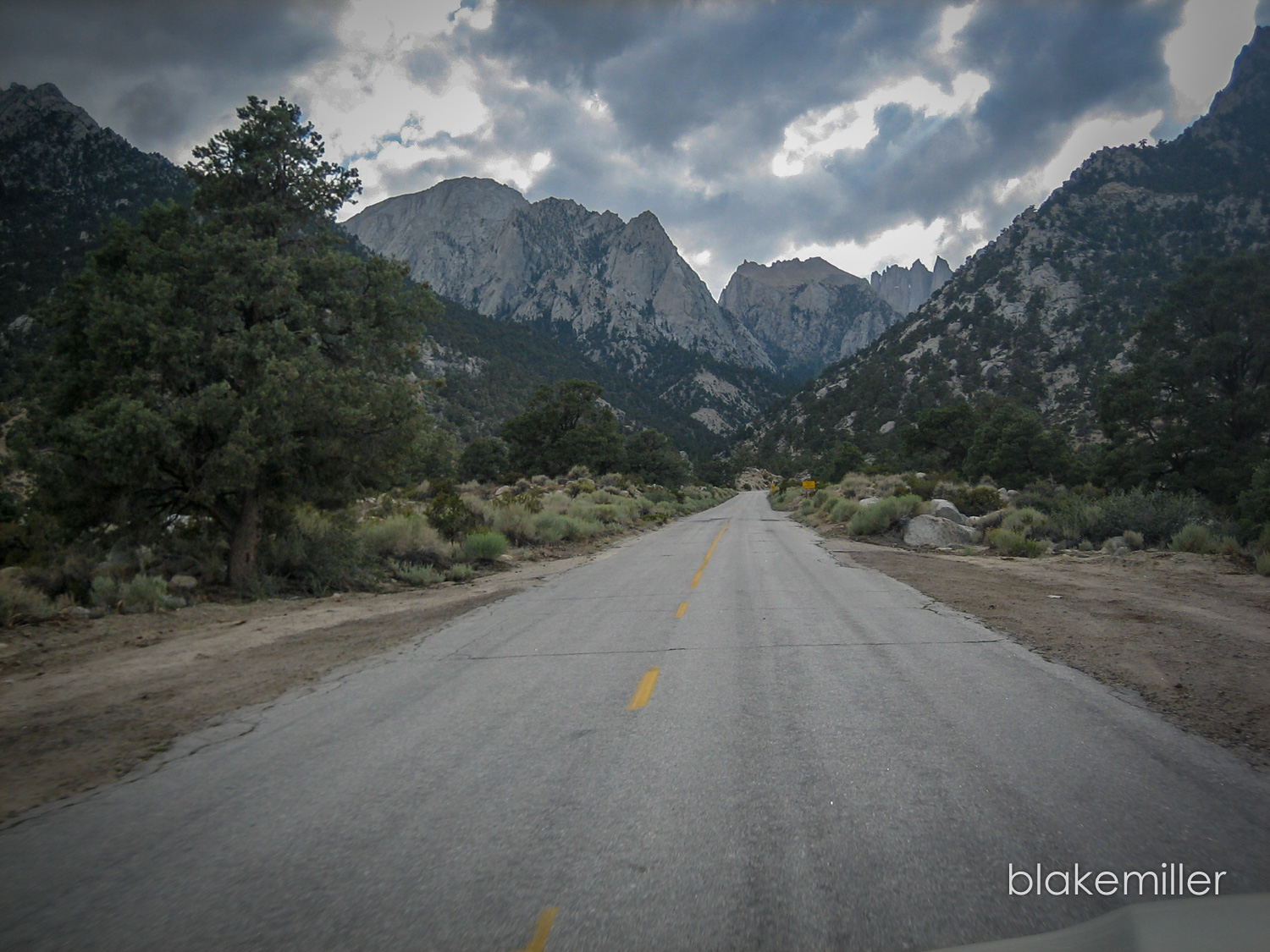 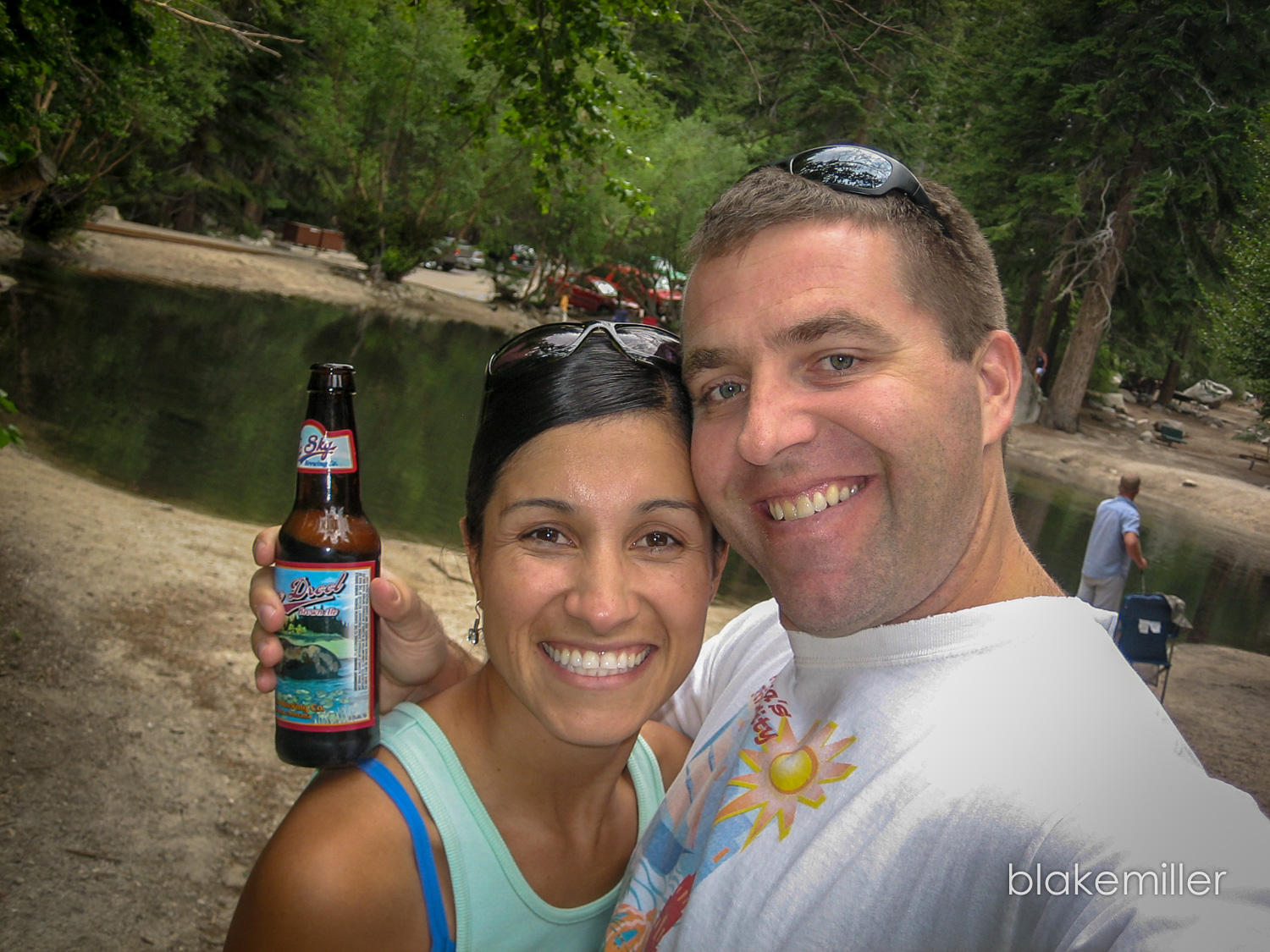 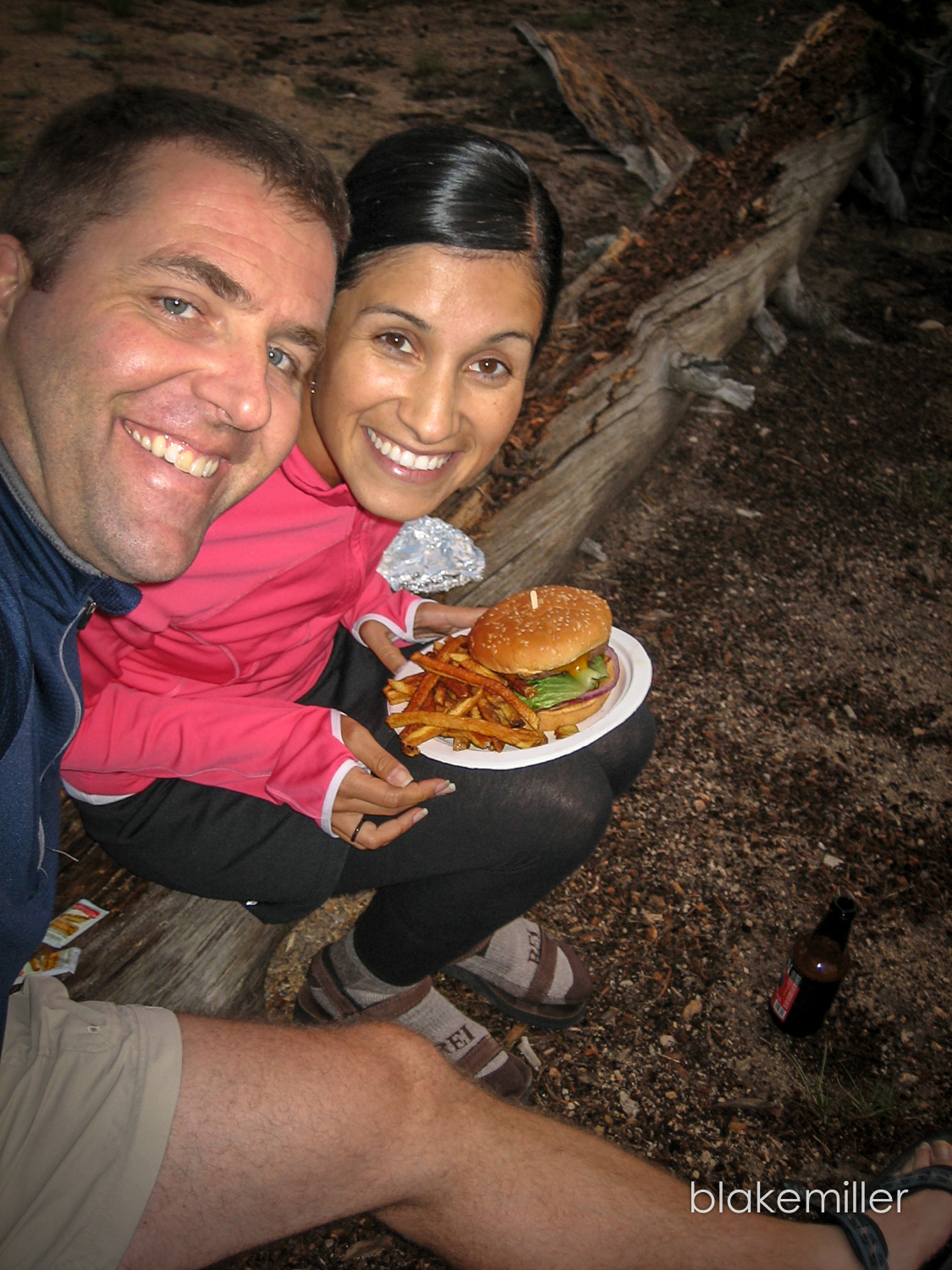 About the Author: Blake Miller